We need rules, values, laws and boundaries create a peaceful society, to control our emotions and to have a little check on all of us for being honest, trustworthy, and disciplined human being. We, in all over the world observe certain patterns with respect to our safety, integrity and well-being. We as a nation cannot deny the rule of law over almost everything we come across, whether it relates to your ego, respect, and freedom of choice or it is a matter of your rights of living, schooling, and facilitating your health worries. We, with no doubt, understand the importance of civic laws, social laws, and moral laws, especially which are running in our local setups.

I still remember when I entered UK immigration zone three years back. It was in the long queue waiting for the check out while holding my one year old infant baby boy on my lab. Though my son was intact and seemed fresh, yet I was over tired with the long journey of about 15 hours,  while doing babysitting and nursing intensely. I was thinking that UK is a country where rules have priority over everything so I would have to face a long queue in any circumstance. Moreover neither me nor my son was sick to get some excuse. While I was thinking in these lines, one lady came towards me and took me to the front bench to sit and wait. I thought there must be some kind of punishment for me as I was from Pakistan( apparently a corrupt country ). But then I came to know that it was an honor for a mother with an infant to get priority over public  and leave the queue. We were out of the immigration so soon that no one could imagine.  This was not discrimination rather a great gesture of honor for the mothers from the UK ( the country of laws).

Usually we are bound to obey the road signs and traffic rules in Scotland. Police can put a penalty of huge amount if someone is caught by while breaking the law. However, I with my little son have enjoyed a free walk and crossing at any time, at any place without any obvious restriction of law as traffic from both sides willingly and courteously used to stop for us even in rush hours and at restricted places (where one cannot cross the road). It does not mean, we are illiterate or getting unfair advantage of our rude behavior rather wherever we stand for a while along the road, the traffic from the opposite side thinks that we are about to cross and stops. Sometimes, we had to cross the road unwillingly as the traffic was waiting for us to clear the road. How amazing and caring attitude indeed these people have!

My driving instructor told me about each and every rule of driving while saying that when there is matter of saving your or others life, no rule is more important.

In buses, trains, and parks, people give priority to others (older, younger, kids, women, special) voluntarily and leave the space for them.

Once I took my parcel back from the Royal Mail, which has already been sent to the receiver. According to law, no one could do me a favor but according to morals, one could get it back. I thought it is UK, so law would not help me out. I was wrong in that assessment as the people here left the law aside to get me out of trouble. I thank royal mail for their timely help and great concerns.

Therefore, laws are there to help us , to organize and control us, to create discipline among nations, societies, and cultures, to protect humans from animals or animal like humans, to punish the cruel acts and to flourish the empathy and sympathy among people, to save the nation from discrimination, nepotism, and inequality, to promote love, cooperation and justice  overall. But whenever there is a special need to break the law in rare circumstances, to get the same objective (described above), one must not care for the law and rather go for the objective. It is too one form of abiding by, strengthening and rejuvenating the law in real spirit. So when the law is the basic hurdle in cultivation of peace, break it or bypass it for your safety and dignity. 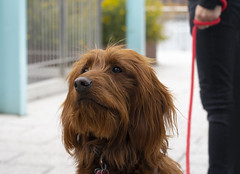